I can hear you saying, spa, schma, yet another article on the same old thing. However, like all things interesting, there’s always something new to add, entice and beckon even the most jaded spa goers.

But this time it isn’t one, but several which have creative treatments in exquisitely decorated spas in two countries, the India and the tiny land locked country of the Kingdom of Bhutan.

They were all in 5 star hotels.

So with the curiosity for something news, my first sampling and one of my dreams was to eventually stay at the legendary Taj Hotel in Mumbai (Bombay). Finally, my dream materialized and needless to say, their spa like their hotel, was extraordinary. Completely separated from the coiffure, this independent area is most impressive although I can’t say that about the haughty receptionists. But that was overcome by the fine variety of treatments and services. With great pummeling, kneading and oil rub, I was over my jet lag and muscle bound body in record time. 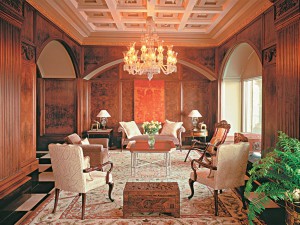 However, far too soon, however, I had to leave my dream hotel but happily had the reality of a newly discovered real life fantasy, the Taj Bengal Hotel in Kolkata (formerly Calcutta). Never underestimate the innovative ideas and treatments of these serious spa centres which have delivered some great treatments to North America. The spas on this side of the world, have had to keep up and the mention of a new treatment ( although probably ages old in the country of origin) has them scurrying off to bring it to their devoted clients. India seems to top the list for their efficacious treatments.

Of course, if you go to any of the Taj Group of Hotels you can be guaranteed the best of everything and along with rooms, service and well trained staff, there’s always the most therapeutic remedies available. So of course, I had to try out at least one treatment in my very tight schedule.

I started with a facial. The large room was cheery and airy, the aesthetician shy, quiet and so very effective. Her tiny hands were delicate as she cleansed my face, the cream she applied has a pleasant scent but not perfumy, and when necessary, she hit the sinus points. Just off the plane after a long trip, my skin was exceeding dry, but with her attention to this detail, I came away looking dewy. Unfortunately, much as I would have liked it, I didn’t have time for any other treatments but would make up for all that on my next stop.

From Kolkata, the Toy Train, another new experience, slowly took me to Darjeeling, the area of the northern part of India where the tea is considered like wine with testing the vine’s offering and tasting the world renowned teas.

At the World Heritage Listed Windamere Hotel, where I was staying for four days, I decided to try out many treatments in their newly opened spa. To my great surprise, the one aesthetician (there are two well trained on staff) had worked in Kerela learning about Ayruvedic treatments, then was employed at a 5 star hotel in Mumbai (Bombay). She couldn’t resist the offer to manage the start-up centre at the Windamere Hotel.

The scalp treatment using Kama Products stunned amazed and was everything I wanted but never knew about or had before. As she took each tuft of hair, she applied the oil rubbing it in as she sent from root to ends, then gave an unexpected but substantial tug to the lock quickly pressing down on the scalp. This took about ½hour for my entire head. Blood circulation was the reason for these tugs and surprisingly, after she massaged my scalp, washed and styled my hair, my mane looked like a million very shiny bucks. But it didn’t’stop there. Next day, even with my great hair styling, I had an amazing facial with products from Israel. Her hands worked magic when I told her my eyes were so weary and tired, she massages with a special then pressed the important points above the eyebrows then gently working on the up lids and finally under the eyes. I wondered how these delicate fingers could do a deep body massage which in the afternoon she did, easing the tight muscles without crippling outcome which I have had in the previous experiences. She also was superlative with the manicure which made my hang nails and split nails look like I was ready for a Red Carpet appearance and without too much cutting of the cuticles which I don’t think is healthy for the nail bed. She agreed and pushed the cuticles gently with a wad of cotton pressed onto an orange stick. There were no fancy water massages or deep rippling tubs for my pedicure but she did empty a soothing solution and sea salt into the water before she massaged my feet using traditional rubbing and oriental reflexology. There is nothing that makes one feel alive and ready to take on the world than a good foot massage. I was 7000 feet above sea level and whatever services I had made me feel that I was as close to heaven as possible.

Even more wonders happened when I visited Bhutan. Two stunning spas located in the tiny landlocked country, Kingdom of Bhutan, which sits in the valley of the Himalayas, were special for both their location and efficaciousness. I was surprised to find a contemporary and stunning 9 suite 5 star hotel Amankoura Hotel, located in the Thimphu, the capital city, which may be small but big in every other capacity. The Amankoura’s architecture is the perfect blend of traditional on modern and the spa is also of top caliber. Down the contemporary stairs was a Bhutanese painted curtain, the entrance to the spa. Bhutan’s spa treatments are based on the use of plants and herbs. A bit of history…hot stone baths are part of the Bhutanese tradition in this mist covered country.

The Aman Spa had assistance from a UK company to help develop a system and identifying the medicinal properties of the flora. By far, my favourite on the menu was hot stone bath, where I sat in a wooden trough filled with cold water, which gratefully was instantly heated by adding red hot, carefully selected high mineral content stones

At Uma Paro Hotel, (Paro is the second largest city), a most traditionally- designed hotel with wonderous hand painted murals and walls, also made the best of use of their vista. This new sumptuous hotel features floor to ceiling windows framing the Himalayas.

Their COMO Shambhala Spa is separate from the main building and very private, just a short walk through the blossoming garden to what seemed like a small villa.

I watched wide-eyed like a child, as the tub filled running over blue pine branches and a sachet of healing Kempa plants. I was distracted as the mineral laden stones from the nearby Paro Chhu River, were heated over a wood fire. When they were glowing red, they were dropped into the bath one by one, and after immerging, the hot stones kept temperature of the water that suited me. More stones were added for extra heat. These rocks release their minerals and emit a healing relaxing Bhutanese experience. You can find these wood tubs throughout the country in private homes.

With only a 5 day visa in this country that had only 18,000 tourists last year, time became an issue and I wasn’t able to indulge in any other treatments, much as I would have liked.

However, by the end of my time in these countries, I was spa-ed out. My mission to discover the best spas was accomplished, my spa-itis satisfied. And as tired as I was with being pummeled, massaged, dunked, I was overjoyed at the terrific treatments throughout both gracious and friendly countries.