I thought I was fairly sophisticated.  So there I was at a famed spa and splendid hotel The Grand Thermal Hotel,(see article on www.indulgedtraveler.com and barbara’s baggage blog) in Abano, Italy. 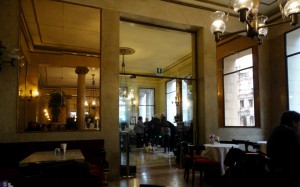 A traditionally decorated niche in the large restaurant seemed to be made for singletons and a few couples very romantically inclined. This was our ‘meal placement’ during our stays.

At the table next to mine was a voluptuous, attractive woman. Soon we were talking to each other. She was originally from Russia now living in Frankfurt.  Divorced, with a grown son, we were soon telling bits and pieces about ourselves, families and what brought us to Abano. And  I quickly sensed that she was bright, interesting but  also a full fledged flirt. She even had the waiters eating out of her hand. I could only surmise that during the USSR days as she was growing up, one had to have street smarts to get anything.  She learned well. 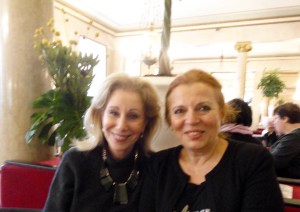 Padua, is about 30 minutes by car from Abano  (longer by bus) and Padua is a charming cities, filled with fine restaurants, cafes, museums, fashion and especially history and art.

Dana and I  had decided go next day but it was  damp and dull.   However, at the time we had planned to leave, she informed me that because it was raining and had already been for a short walk, she didn’t want to ruin her hair or her footwear.

Well, she is a Russian and I recall when I was in Moscow in the seventies, when there were available shoes at one of the few open stores, you’d buy any size and trade. Also, it seemed most women, wanted to be blond and getting the bleaching product was also a difficulty. So having the right connections were utmost.

But I digress. In the  eating niche, the night before, a newcomer, an attractive man, alone, had become part of the niche.  Smartly dressed,  dashing, he  certainly attracted Dana’s attention. I digress again.  Dana the decision was made. Dana had decided  not to got to Padua, worried about  her boots so she went to her suite while I pondered my next step.  My decision was made.  I would bit the bullet, hire a cab  to and from Padua.

Just as I was about to have the concierge  call for my transportation, out of the elevator came Dana looking so very attractive  and with the handsome gentleman mentioned above.

From the first floor to the fourth floor, she had already made arrangements with him to drive to Padua.  He had a car…a big, expensive BMW, which obviously was a pivotal point for Dana’s new decision, wet boots or not. 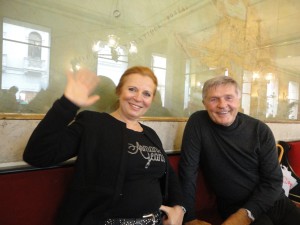 As she approached me  with her now slightly dried footwear, she informed me, she and Tony (oh, those Russians are fast workers) were going to Padua and would I like to travel with them.   She hadn’t mentioned to him that we had made these plans.

“You sit in the back,” she ordered.  Tony, a Dutchman now living in the south of France, was very polite and although Dana couldn’t speak French both knew German.

I mentioned that Iwould appreciate if we could speak English. Disregarding my regret. she carried on a conversation as though I was invisible. However, I decided not to enter this competition but with my Yiddish, I understood most of the chat and then finally used my  few words/phrases that seemed to startle the duo.

I started to speak French  with Tony and  she quickly flared and suggested we all speak English. I realized this was a teenager’s game and that something I always disliked about competitive women who wanted to impress a man.  As a married woman, why was I joining in this competition ? 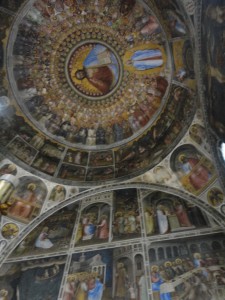 As we flitted around this glorious city, saw the famed Giotto original frescoes at the Scrovegni Chapel, had coffee at a famed coffee house, Caffe  Pedrocchi, where the top of the three layers  is green, (secret age old recipe) we did have a fine time. 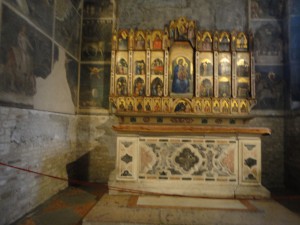 She probably realized I  had been so nice to her at the meals that her dismissal of my presence now was silly. Tony didn’t seem that interested in a courtship but was interested in the city and its sites. But without doubt he must have been aware of her overt flirtatiousness, which was part of her charm.

Time to leave Padua,I suggested, no, told her, that she sit in the back on the return.  She seemed stunned. 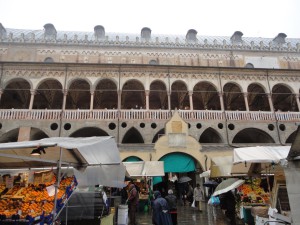 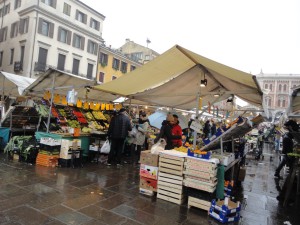 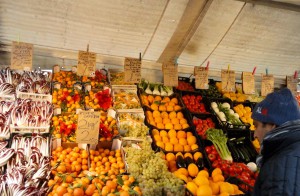 I was leaving next day so said my goodbyes. The irony is that now Tony and I continue our friendship through emails about our travels, life in general and the lack of snow on the slopes in France, for his favourite sport, skiing.

What I learned from these few hours, is history does repeat itself in  small and very large equations.  No one takes a back seat to the swift and always ready Russian women. 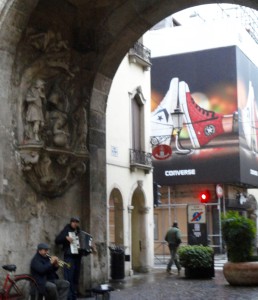 A lesson learned. Perhaps  we Canadians seem soft  but we are subtle and do achieve in less aggressive ways.  But then, of course, we never had to live under the circumstances in which Dana grew up.

You can take the girl out of Russia but it was so obvious that you can’t take Russia out of the girl.