It’s only natural to be concerned about security when visiting Israel and other middle east countries. However, no matter where I visited in Israel, the size of New Jersey, I was never aware of guards or guns. But as a travel writer, I’m not naive enough to think that there weren’t many scattered in mufti.

In a country with a population of only 7,400.000 million, living in a part of the world, that never seems to be at peace, Tel Aviv, is a major mecca and the city of “cool”.

Considered a ‘bubble’, since life goes on at a hectic pace even though there are serious political differences in the surrounding countries, over 404,000 million Tel Avivians wouldn’t choose to live anywhere else with the  variety of lifestyles and ethnicity that exists and creates a most exciting environment. 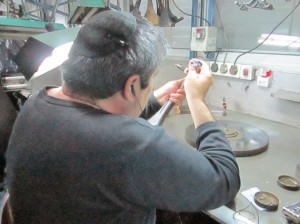 Every metre has been used. Case in point-what was Israel’s first train station, the once tired looked district of HataChana is now a swanky area to eat and shop .  Israel’s past and is never far or forgotten. A large freight car and some rail tracks are like sculptures standing front and centre among Israeli designer boutiques, and, Soho, a a knock out place for home ware as are the many and jewellery designer shops. A good example of this eye candy is Hella Ganon’s computerization with gold.

For architectural beauty, Rothschild Boulevard is an awesome experience since it’s filled with some of the 1500 Bauhaus buildings which has given Tel Aviv the moniker ‘The White City’. Now a UNESCO listed heritage area, the past meets the present as the middle of the boulevard on this wide street, is  filled with kiosks, some with outdoor tables and chairs, all serving great coffee  (Starbucks failed in Israel)and pastry that leaves you wanting more. 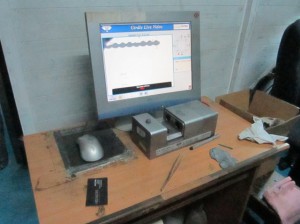 The new addition to Tel Aviv Art Museum  is a perfect example of the high quality expected with new architecture.  While I was there the exhibit of famed contemporary German artist, Anselm Kiefer, reminded me of New York’s Museum of Modern Art, filled with parents and their kids, teenagers discussing the canvases and sculptures and the seniors mesmerized by the new concepts.

And how many cities can offer a mid day concert at Tel Aviv University then dash for a swim at one of the many beaches, especially Jerusalem Beach where eating freshly caught fish at Manta-Ray is an occasion and still make the world class contemporary dance performances of Suzanne Dallal Dance Theatre in Newe Tzedek? 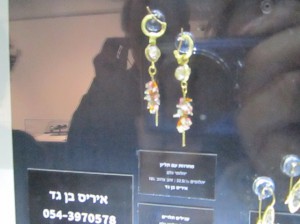 Tel Aviv’s seaside beach, where Gilli’s,is the place for lunch, where evenings at Mool Ya, considered the best food, only begins to throb after 10PM on the weekends.

Market places are memories of days when Israel was a new country. Although large, named food chains and department stores are available, Nachalat Binyamin, open only Tuesdays and Friday  at 11AM, is a pedestrian area filled with cafes, shops, stalls with just about any item  for the house and your closet.  And just one street away is Shuk Ha-Carmel, an open air market.

But if high end shopping, schmoozing at a cafe, taking in the local atmosphere, then Kikar Ha Medina, a circle in the middle of a district with high end condos and private homes, is where you’ll find the most fashionable, European labelled shops. It’s here the highlight and high life can be seen in the abundance by ingenious Israeli jewellery creators, offering one of a kind, original, oddly shaped and burnished gold jewellery often studded with diamonds or other precious and semi precious gems stones.  The stylish shops cater to the-about-to-be engaged to those who have survived decades of married life.   Diamonds, like some marriages are forever and Tel Aviv is known for this industry.

Bold faced security was when I visited the “Boursa’, the renowned Israel Diamond Centre, in nearby Ramat Gan. I think it’s easier to get into Fort Knox.

Luckily, I knew someone who knew someone who had a cousin who was a member of the Boursa. Connections are important. With my passport in hand, I went through my first genuine security. I was photographed for a ‘must have’ visitor’s tag and had my fingerprints taken, forever now on their computers. Here you could purchase loose or set diamond items from the purest white to fancy coloured and where round diamonds are still the most popular seller. Traditional designs compete with the most innovated unique creations.

Opened in 1986, it is considered one of the largest diamond exchanges in the world, although India is now a close second after learning the craft from Israelis. In this major complex, a village within a village, is the 240 metre, Moshe Avi Tower, the ‘Golden Gate”  where a handshake seals the deal.

Cutting, finishing and polishing is done in a very secured, much smaller, less flashy group of buildings

Diamonds are exported to clients in USA, Hong Kong, Japan and Switzerland..these the most important clients.

Naturally, the discussion with one of the super ‘mavens’, turned to the four Cs..Cut, Clarity, Carat, Colour.

Why does one diamond sparkle more than another?  Faceting is referred to as ‘hearts and arrows’.  And through intricate and precise facets, a perfectly cut stone radiates unlike the lack-lustre of a lesser stone.  The light enters the top (or  table) then reflects light from one side to the other and exits from the top again.

Proportions and symmetry establishes the brilliance. Cut captures the light. And colour is a matter of choice from pure, colorless white (the most valuable and costly) to light yellow, cognac, brown black, pink, blue, green and rare red. Starting at D and ending at N to Z, the prices vary wildly. As the carat size becomes larger, so does the price tag.  As for clarity, this means the absence of flaws, either on the surface or inside and often can only be seen with a jeweller’s loupe. However, most diamonds contain inclusion such as pits, chips, cracks, air bubbles, feathering and non-diamond minerals.

My head spinning I was overjoyed to see the nearby, Harry Oppenheimer Diamond Museum, where there’s a short film explaining where diamonds come from..and it’s not the stork. There are a few rooms filled with well-secured, serious pieces for exhibit and some that are copies of the largest and rarest in the world.

Diamonds will continue to shine for most women and it’s exhilarating to learn that most are from this city in a country just over 65 years.  Only another example of what is now part of Israel’s amazing short history.