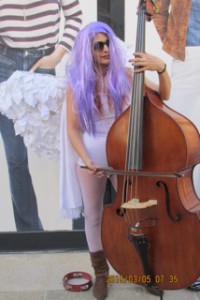 A PICTURE IS WORTH A 1000 WORDS….Israel, a country that constantly amazes
By Barbara Kingstone

No matter how often I return to Israel, this small country, that’s 318 miles from tip to toe, and continues to thrive in the midst of political difficulties, the only democratic country in the middle east, is always like the bride. There’s always something historically old, amaginly new, few things borrowed and always blue…as in the skies and the sea.

With diverse religions and cultures, and seemingly always in the middle of impending difficulties, it continues to be a miracle with exceptional industries at the forefront and known world wide for agriculture, pharmaceutical and IT industries.

From the desert to the sleek cities, Israel continues to create new highlights. And since a pic-tures is worth a thousand words, here are images that will offer you thousands of words. to mull over.

These are some of the sights from the latest trips. that I hadn’t known before and a few that I visited briefly but now had the time to be a real tourist

1.A must see at night is the spectacular, Sound and Light, production on the outside walls of the Tower of David ( which has 4000 years of history) and showing exquisitely, the history of the Jews and this area.

2. In complete antithesis is Mamilla Mall with its chic art galleries, restaurants, coffee bars, fa-shion boutiques. At Purim, a celebration usually in March, the plaza and walkways become
magical with locals dressed in the most bizarre costume.And this happening in a most complex city of religious beliefs and conservatism. makes this truly a city to consider a treasure. 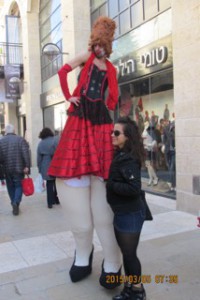 3. Israel, per capita, has more museums than anywhere else in the world. Start withThe Israel Museum, for great art and archeologic items.

For more archaeological items, the Rockefeller Archeological in East Jerusalem has great ex-hibits.

The L.A. Mayer Museum for Islamic art has a most important collection

The Herzl Museum is a masterpiece of innovations which I’ve never experienced before and also explains the concepts of Theodore Herzl’s futuristic ideas for israel.

The Museum on The Seam is unique. It’s in an old villa that has been renovated and exhibits ultra contemporary art. It may seem like a contradiction but becomes even more so when you go to the roof cafe where you can get a glimpse of how and where the most religious Jewish sect live.. Also, the coffee and buns are great.

4. The Bridge of Strings or known by locals as the String Bridge at the entrance to the city , De-signed by Spanish architect, Santiago Calatrava, it is a most unusual and exciting bridge. To some this single mast bridge with 66 steel cables resembles a tent, to others it’s King David’s Harp. Whatever you interpretation, this soaring bridge is exquisite.

1.South to Beersheba,the desert has been made to bloom. Even vineyards are producing limited output of wines. Admittedly, they aren’t the quality of the wines of the Golan Heights or Galilee, but again in this area, a vineyard is a miracle

2.Discover the the ruins of ancient Avdat and reserve a jeep ride and see Ramon Nature Re-serve with the largest geological crater. in the world

3.Go to the lowest place on earth at the Dead Sea and just float like a top without moving a muscle. But dont’ do as I did and get that very salty water in your eyes and throat. It stung for hours. But I was ‘saved’ by an anonymous man who gave me a towel for my eyes and helped to the bar at the side of the pool and by the woman who graciously pours cold water over my head and face and forced water down my burning throat. To my unknown heroes, thank you, 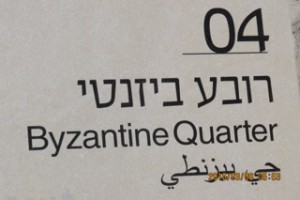 4. Want to eat typical middle eastern food and shed it all afterwards? Sharon, a great belly dancer and restaurant owner, of Taj Mahal Restaurant, insists that you get to your feet and shake and jiggle and none can say no to this voluputious, charming beauty. It’s not far from the sophisticated, stylish, Isrotel Dead Sea Hotel in Ein Botek,on the shores of the Dead Sea, where I stayed.

TEL AVIV
1. The flea market in old Jaffa is still an exciting place to find your treasures. It could be a trea-sure trove from antiques to what may be a true find.
But don’t be surprised that many of the humble shops are now modern, upscale, gentrified bou-tiques with some wonderful merchandise..

2. Truly one of great markets, is Carmel Market, just near the shiny, sleek, Dan Intercontinental Hotel, where there are some very trendy the on-premise shops. Great products grown in Israel, fabulous home made halava, outdoor cafes with the best falafel and fruits, vegetable and cheese stalls that are displayed to look like a photo advertisment. 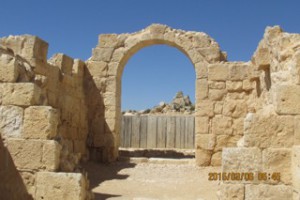 3. The first and only rail station in the early days of Israel, is now a stunning shopping centre.But there is an original train and rail tracks so the past should never be forgotten. Hatta Chana, is a most pleasant way to spend several hours seeing a variety of modern designers , mainly Israeli, and very good restaurants.

4. However, there is new competition for the above.. Sarona Shopping Village, once a desolate commercial area now this space has great green areas, beautifully designed restaurants and cafes, shopping, with many of Israel’s top designers, walkways that easily lead from one loca-tion to another.It’s just beginning to blossom as one of the fine new areas in old Tel Aviv.

5. A not- to -miss museum, besides spending time at the Tel Aviv Museum and the nearby Herta & Paul Amir building, you must heat to nearby Holon to the masterful architecture of the Design Museum where exciting exhibits change often. 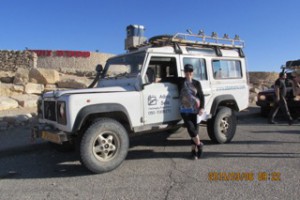 6. If you want a view from a rooftop of the famous Bauhaus architecture, and also see a collec-tion of modern paintings without going to a museum or gallery and where you can also ‘nosh’ on fusion Japanese and International food, stay at, the new boutique hotel, The Norman. There are only 50 rooms in this ultra modern hotel which also has an infinity pool. Two, 1920 buildings, now smartly joined, have added a new dimension for accommodations from the larger, older hotels in the ‘white city’ (the moniker has to do with the ecru, UNESCO rated Bauhaus buildings, the largest amount in one city worldwide). And if you feel inclined to sit on a beach or take a dip in the sea, The Norman will get you there with a complimentary beach bag. Address, 23-25 Nachmani St.

It’s take time and curiosity to discover new sites so I’d be delighted if you would send me your adventures. On my next trip, I want to see what you have seen. For WWW.INDULGEDTRAVELER.COM OR BARBARA3@ROGERS.COM