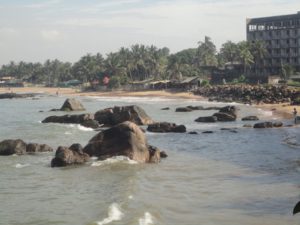 Five star hotels don’t quickly come to mind when you think of Sri Lanka (formerly knownas Ceylon,) the tear-shaped island at the tip of the south western part of India. Due to various turmoils and battles, it hasn’t been a well-trod tourist destination for many years. But happily, all has changed. 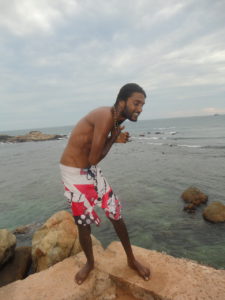 The Dutch, Portuguese and British have all left their marks and some traditions are seen throughout the country in food, architecture and language, where some of the vocabulary gives way to English wording. Tourists now have the opportunity to see this charming, historic and peaceful country at its best. 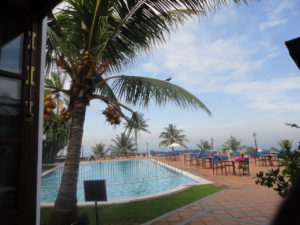 With tourism comes higher than expected prices, which isn’t good news to any country that is beckoning travelers. However, there’s always the balance that though this may also curtail tourism, the prices could certainly help this emerging country’s economy. Much thought should go into this conundrum. 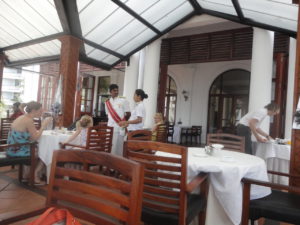 Even with all the past troubled times the colorful and now an amazing calm country, does have a few wonderful 5 star accommodations as I experience in the capital city, Colombo.

I stayed at the large, elegant, colonial Mount Lavinia Hotel. Although it’s only rated four stars, I have been to higher starred establishments without all the benefits here. On the way of becoming a major statement in the hotel industry and obviously appealing to the affluent locals, in December while I was visiting, there were two swish, posh weddings each of my three day stay. 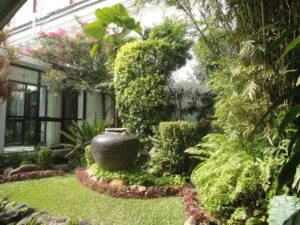 And then off I went to the seaside area of Galle (population, 91,000) and once the main port in the 16 century.

Here the fragrant air of the lotus flower is immediately detectable.

I spent a delightful time at the five star, Jetwing Lighthouse Hotel. Although about 10KM (6 miles) from the centre of the city, it is well located, over looking the ocean and always considered one of the finest hotels in this beach-centric area. 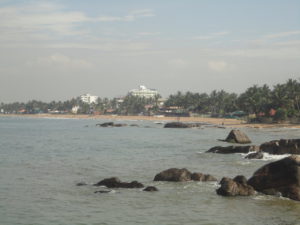 The Jetwing Lighthouse Hotel, certainly has all the credentials of the star rating it has received.

The architect, Geoffrey Bawa, created a minimalist environment with an imposing circular bronze and copper curved staircase surrounded by sculptured horsemen, re-enacting,The Battle of Randenlya. It’s a masterpiece and so unique that in this spacious understated decorated hotel, it is certainly the conversational piece of art. 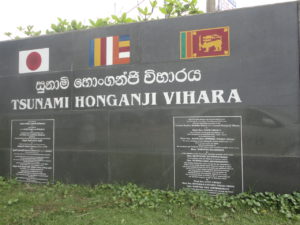 Only 107 KM (approx. 65miles) from Colombo, it does take an incredibly long 5 plus hours to arrive at the 4th largest city due partly to the fact there is only a short highway before driving on a narrow width road (a new extensive of a wider highway is in the works). 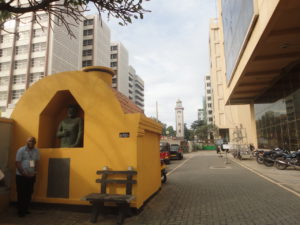 Service, for me, is the starting point of accountability for an excellent hotel rating. Here, at The Lighthouse, it is done well. Hello, good morning, good day, seem to tumble off the lips of absolutely every staff member, in many cases, that was all the English they could speak. Case in point….Seeing me searching for the right spot to take a sunrise photo very early one morning, not only was I pointed to where to go, but guided up threeflights of outside stairs and told exactly where to stand. 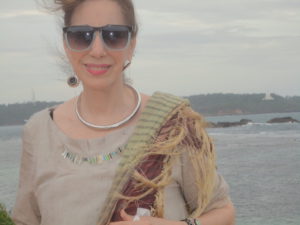 It would have been a perfect photo op. But most unfortunately, the clouds covered the sunrise and when the sun rays did poke out, in the time of a sigh, it was gone. 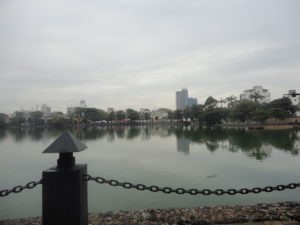 But there was so much more. The simplicity of the very large spaces were engagingly warm. Perhaps much had to do with the placement of almost every public space all located on the 2nd floor – the reception area, lobby and dining areas, all facing the oceanand the first vista seen on arrival. 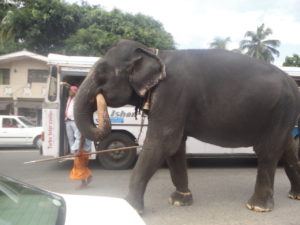 One morning at breakfast, several feisty crows wanted their early daytime munch too and one actually hit my head, a reminder, it seemed, to leave something for him/her. But seeing this, the alarmed wait-staff were immediately chasing these aggressive birdswith vengeance to protect me. I couldn’t help thinking at the time, of the horrors of a scene in director Alfred Hitchcock’s, The Birds.

The rooms are larger than the usual and happily there were no rugs to contend with, so no worrying about their bug ridden inhabitants in this very warm area of the world. The bathrooms were special with dark grey granite floors, glass bricks separating the loo from the modern glass shower and a contemporary double sink area. 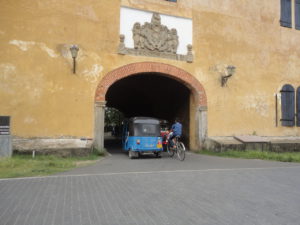 The balcony with a view of sculptural rock formation abutting the ocean, was so seductive that I’d have my tea (grown in multi plantations in Sri Lanka), as my Zen place to decompress and think about spending many more days and maybe months here. 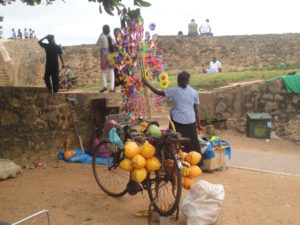 Perhaps the only issue I had, were the children who are pleasant enough to have on site at these posh hotels but certainly not with parents who don‘t seem to consider the other guests. The running about and shouting, albeit joyfully, in this simplified, less -is- more spaces that don’t absorb sound, making the echoes something louder, should be addressed by the management. 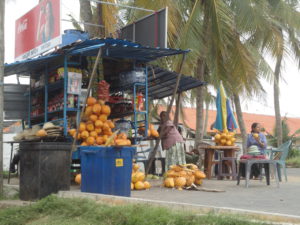 It’s far too expensive a place to hear the constant shrillof kids shrieking, yelling, running and playing ball within the confines of the lobby area leading to the dining and outdoor seating while there is enough green spaces outdoors or in their own suites.

There are, however, two pools, the larger one for adults (although the kiddies seem to be invited by their parents to join them and make ‘nice’ waves) and a special smaller one for the youngsters.

The spa, constantly booked, has a good ‘menu‘ of services at reasonable prices compared to the North American and European 5 star hotels.