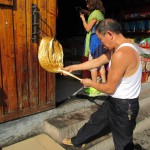 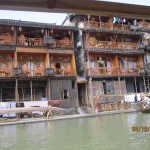 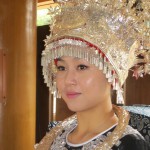 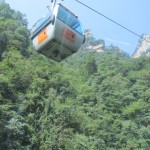 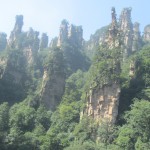 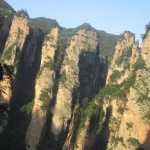 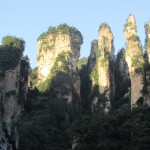 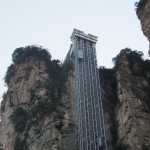 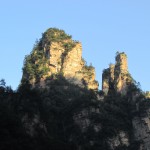 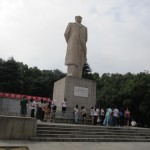 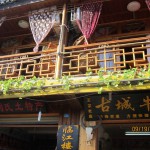 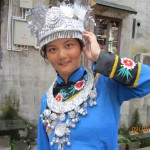 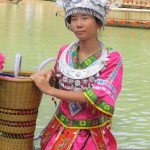 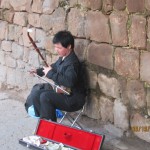 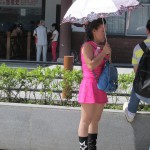 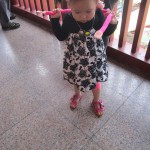 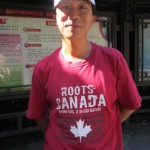 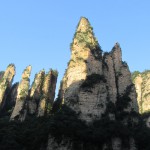 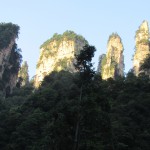 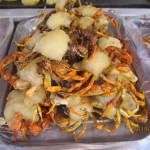 China’s province of Hunan, is an area where food is akin to flame eating, especially for those of us who didn’t grow up with peppers in our mouths.  But in this part of China, this extra spicy food is considered more delicious than the food of other Chinese provinces. Since the chefs are keen to please foreigners, it is usual for them to ask if you want to lessen the bite of this fiery food, but still keep the taste.

Renowned for natural beauty that can’t be duplicated anywhere else in the world Hunan Province, located in the south central part of mainland China has mountains on the east, west and south and the Yangtze River in the north.  With a population of just over 65 million people, it’s written history goes back to 350 BC. Changsha, the capital city is reputed to be well over 400 years old and a most sophisticated and busy city.

However, mention of Hongjiang on the Yuan River, the reaction is somewhat dubious and gets the curiosity of all tourists. It is known for the plethora of former brothels and opium dens decades ago, when sailors and business men happen to  pass though due to the  busy port.  Although, now, there are tours through the houses of ill repute, with some vestige of that past.  The small city is so cleaned up, even somewhat ‘classy’, has become a tourist  stop of  few hours.  It also offers a view into  former lifestyle by just wandering through the dens of of ill repute and also to see some musical performances that are presented for visitors.

Each destination holds a different surprise.  The ancient city of Phoenix (the Chinese name, Fenghuang, is known for longevity and good omens).  It’s my favourite and like a gift, is filled with unimaginable beauty.  Think green since the mountains and field are as green as possible, the Tuo Jiang River reflecting the colour and this great combination and the bluest skies, makes this seem like a  fine painting .This was once a thriving centre of Miao culture. Today, they are a minority which the Republic of People’s China,accept and they have settled here.  They can’t be missed with their traditional colourful costumes and extraordinary skin tone and attractiveness.

The old city of Phoenix, is like a small town that has not been modernized  still with houses that sit on stilts over looking the river.  Whether it’s for the tourists, the worn gobble stone streets have few cars and the the wider streets lead to small lanes.  Early morning is when the locals do their shopping avoiding the crush of visitors. The larger streets with their terrific shops and very well made and often trendy  one-of-a-kind designs, are full by mid day. It’s also a friendly place as the locals wave and greet  foreigners from their windows and balconies of the old buildings

Zhangjiajie National Forest is the main attraction of this province. A unique area that is so picturesque, it’s difficult to believe nature no sculptor can take credit for the beauty.  Looking up, I can’t see the tops since there’s a haze covering the high peaks.  This wondrous site is even more exciting when the sun starts to lower and cast a golden hue on the many truly awesome huge sandstone  pillars.  This is nature at its best and would be difficult to find this extraordinary sight anywhere else.

Zhangjiajie National Forest has  about 3 thousand sculptural rocks as they rise into the sky,  each different but equally splendid.  The tallest is 4140 feet and one of the approximate three thousands on the 16,55o cares (67 km) is Tianzi Mountain.  Little wonder that this is called the “Monarch of the Peak Valley”.  the good news is there are cable cars to take you to the top and from where you can get a close look of this special view.  To come down, like almost every site in China there’s  always long queue, but is so speedy that it take only a few minutes before you’re quickly ushered off.

Perhaps the one eyesore here is the humongous building and now a Chinese favourite..McDonalds.  Yes, you read right.  Some condiments are oriental but this McDonalds menu could’ve been anywhere in  the world. It’s become a favourite and much enjoyed by the Chinese even though it iwas once considered an expensive food.  Our guide said when he was young, the special gift on his birthday, was going to  McDonalds. But now with the great economy, its pricing fits well into the usual cost of a good Chinese meal. Just guessing by the throngs of people inside and at the table outside and those sitting on the steps, it’s probably the busiest Big Mac in the world. The nation has taken to burgers and chips.  I, on the other hand, looked forward to the great Chinese offerings.  So what if my palate burnt for a sort time? It was delicious . I realize,in retrospect, I didn’t have one  bad meal and I think the choices of fine restaurants are due to the efficient Chinese Tourism Office in Toronto, our hosts.

The main problem with the location of this Mac,is that although there are sinks for hand washing, if you are in need of a loo, I was told “take 20 steps down (more like 30) walk several metres (I’d say at least 50) then turn left, then at a lane turn right:”For such a large establishment, it wouldn’t occur to  any Western eatery not to have bathrooms on the premises.

And tourists should know that most of the facilities are “only squatting”stalls so it’s necessary  to take tissues and do some squatting exercise  before heading here.

Everything in china is huge. I would cast my vote and say the largest stone monument of Mao Tse Tung, is at Orange Island Park.  It’s mega mammoth  and set among artfully planted colourful flowers and overlooking a small lake.   And why Orange Island? Apparently, there is a bounty of oranges and clementines on the trees here.  Happily, we were able to see much of the lovely park with what we would call a ‘golf cart’.

I wasn’t expecting Shangong to be so sophisticate and a top university city with an ancient history.  Over 40,000 students attend the university that dates back  to 950 AD.  Some of the buildings have been renovated, others recently built but have been kept to the original style.  The faculties include medicine, law, social history and many other disciplines offered in any fine university.  The only drawback for tourists, is the overpriced gift shop which does have wonderful, new-China original but pricey paintings.  I would have loved to have one of the modern canvases.

And finally, history buffs, take notice.  Although Zhijang is in nearby Hubei Province, it isn’t a tourist destination.  But it is an historic military site where the formal surrender of Japan to China took place after World War 11.

So see Beijing, go to Singapore but don’t miss the intriguing Province of Hunan