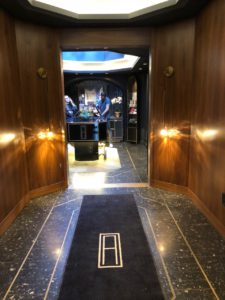 “Where is the reception desk,” I asked politely when I entered The Anndore House in the constantly gentrified once ‘seedy’ downtown area in Toronto.

“You’re here,” was the answer from the casually dressed, staff member. 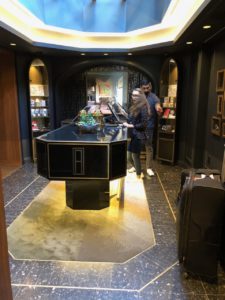 The totally renovated hotel had its soft opening in January 2018 ready for guests to confirm their reservations in April 2018. That was the beginning of my indoctrination in the new concept for hotels. And I loved it.

The check-in area is small, with two computers on a table-sized counter, is for those Millennials, who quickly understand this technology.

From there, the free flowing design is attached to a larger multi-use room for guests who want to read, work, eat, drink in this chartreuse and various blue coloured velvet chairs and dark walls. While there I spotted an intense young man sitting on a banquette with his computer. This became his “office” since he was still there about 1 hour when I was ready to leave. 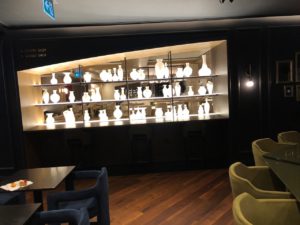 Scarlet Rose Cafe, where you can grab a coffee and croissant or pastry, is convenient and swift.

Strangely, a large indoor window, from the cafe, made me curious enough to peak in…It’s a barber shop.

An open terrace and the wonderful inside space inside, is Constantine, the restaurant, so popular that has to be booked weeks ahead of time. And where Millenials, aka Weekend Millionares, like to drop their earnings or trust fund. 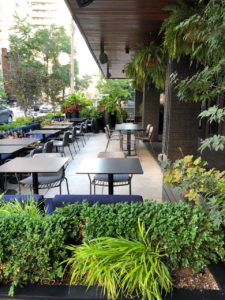 There’s a partnership between the hotel’s, Silver Hotel Group and co owners of the eatery, Merrcatto Group and Greg Harding, serves Mediterranean food, each carefully decorated and served with great attention and respect for the food.

Jared Lalach, Guest Experience Supervisor (aka General Manager,) is a twenty something man whose enthusiasm for the hotel is endemic . Although he’s wearing a jacket, he is the personification of the majority of visitors at the hotel… no tie, casual pants and ditto for the staff members. Maybe the jacket was for me?

Baby, the Anndore House has come a long way from its beginnings.

It began in the 50s as a hotel, and although it has changed hands several times, it has always been a hotel in this somewhat “dodgy” part of the city. But now the 113 room hotel is one of the first to have the insight to take the opportunity and acquire the building. The sensational, black exterior hotel its truly stunning. 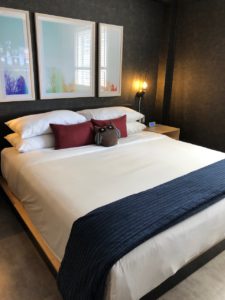 The rooms are simple but with such dash and flair. Keeping with the philosophy of the hotel, there are messages on the doors, mirrors and animal cushion on the bed which are for sale. However, some disappear but I’m sure the plastic cards get charged. 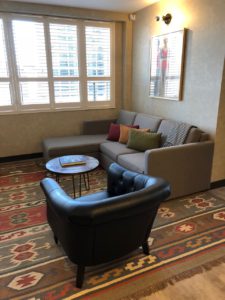 In room #901, there’s a seating area, stylish and very simple table and a long crendenza with the de riguier record player on top, electrical outlets and records to listen to. But more unusual is the new concept, -closets within the rooms that haven’t any doors, all exposed.

This tells me that the majority of visitors, millennials, and of course, others over 40, don’t pack much. It’s a terrific look that continues on a smaller scale in all the rooms. The bathrooms, although not large, are all white subway tiles and brass taps, one says hot and the other cold.

As for gym and spa, there aren’t any in the building but sure enough, the hotel has agreement within the area which they suggest. Ditto for women’s hair salons and exercise classes.

A stay in Anndore House, is the opportunity to meet new friends, see old pals over a glass of wine in the bar that is know for their large ‘cool room’ (don’t say cellar) and get to know the city.

It is probably the first of its kind in Toronto but with the success of Anndore House, I’m sure it won’t be the last. Cool! 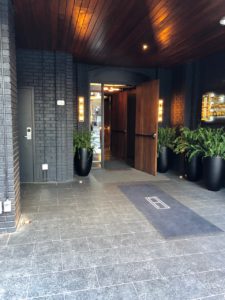 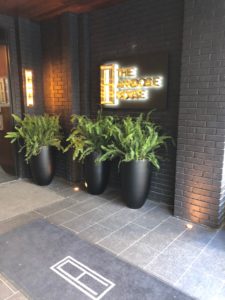 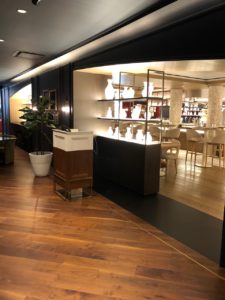 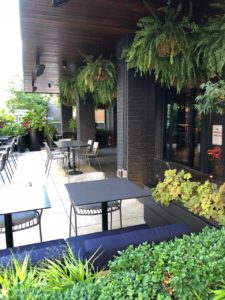 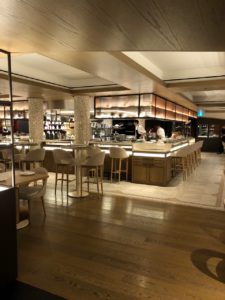 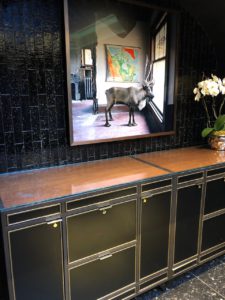 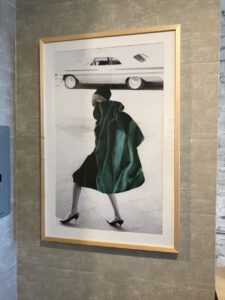 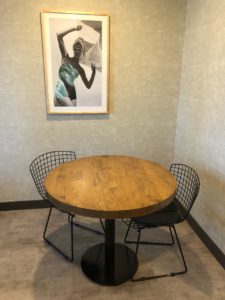 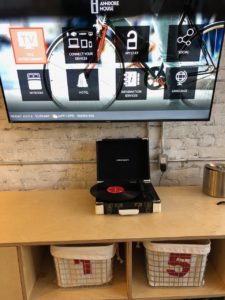 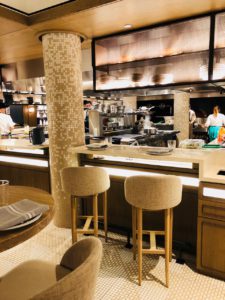 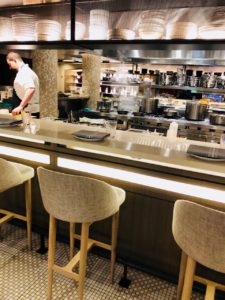 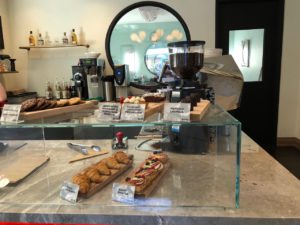 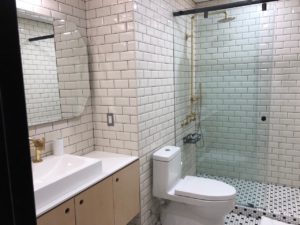 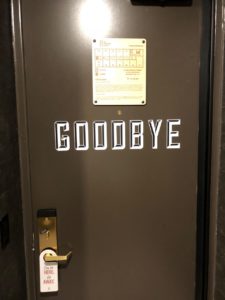