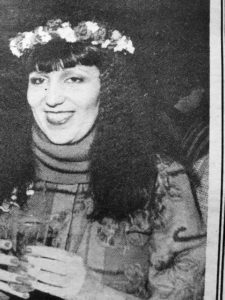 In the 70s before the word fashionista was a mainstream word, my Kenzo Takada coat brought a new friend into the family.  Kenzo opened his first shop in Paris in 1971 and called it Jungle Jap, most politically incorrect these days, but on with the tale of the coats.

There were only three  of these coats in Canada, and two were on the same street car.  My daughter wore a subtle blue plaid one, belted, with hood and that reversed to grey. The other on the tram was its red version. 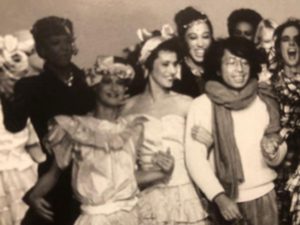 Kenzo was huge in the 70s and 80s, his salon in France always full, and when the collection came to Canada, certain designs sold quickly to avant-garde women. Kenzo was magical for women who loved new designers and marvellous designs.  Oversized sleeves and natural, non padded shoulders were his signature. 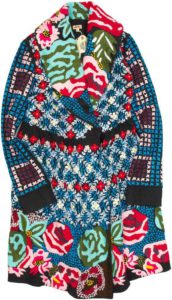 I loved the coat and a Kenzo evening outfit that I couldn’t resist but really couldn’t afford. That’s for another time and article. 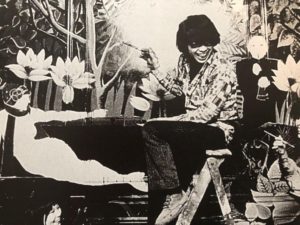 The coat cemented a new friendship for my daughter and me with Paddy. However, none of us still has the Coat in our possession. 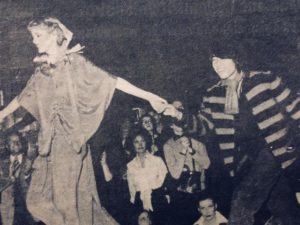 I recall telling my daughter she could borrow the coat but to take care .  So she wore it one day to school. And on her return home, she met a a young woman who was about 19 years old; my daughter was then 16.  The two of them had exactly the same coats and the same taste in clothes, still do; they adored Kenzo, and still do. 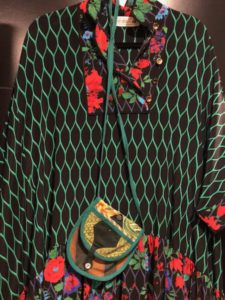 They eyed each other and finally spoke.  Patricia, the other coat owner, was a sales person at Forbidden Fruit, in Toronto  (before she graduated from university with a degree in economics) where Kenzo was sold. 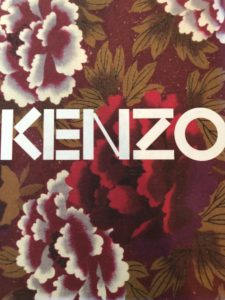 Women looked at Kenzo designs but only a few were devotees. No one was interested in purchasing them.  Kenzo didn’t bring delight to many at that time in the then terribly conservative, non-fashionable Toronto. I bought this topper on sale as did Patricia.

The two young ‘duplicates’ started talking and were on the same wave length about Kenzo. 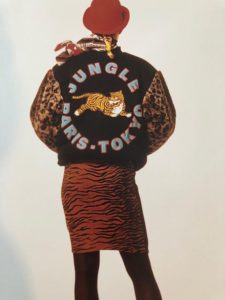 Since I too, saw greatness in Kenzo’s designs and I was writing about fashion for a national newspaper, we soon found we had other mutual fashion ideas in common. 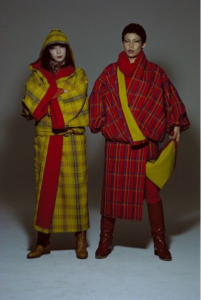 During the 90s, Kenzo’s famed dipped and he sold the name and his business to his assistant. H& M collaborated with Kenzo and his collection fared better.  Toronto’s neo-fashionistas fought their way to get any item. That collection sold out immediately, Kenzo was back again. Way ahead to his time. 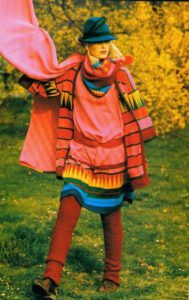 During the years between the 80s and into 2000, we have seen a somewhat lessening interest in Kenzo .  But recently, he has resurfaced and bravo since the Kenzo label was always special. 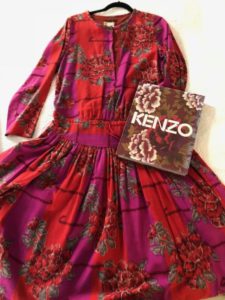 As for that cocktail outfit, mentioned above, the accordion pleated, wrap skirt was simply gorgeous.  Colours from grey to various red shades and the ‘today’ loose top, with wide dolman sleeves, an oversized wonder which I tucked into the skirt and although the days of dressing up have diminished, I have kept the one of a kind just in case jeans go out of fashion and real couture returns.