“I hope you’ll like your room,” said one of renowned “Ladies in Red”, an extension of the fine concierge group at the Kempinski Adlon Hotel in Berlin, Germany.

Like the room? Love, would be the word.  Before I even had he opportunity to discover the secrets in bedside drawers and befuddled my shower handles and light switches, all I wanted to do was look out my 8th floor window at the iconic Brandenburg Gate and the throbbing city scene also wanting to see the monumental division between east and west Berlin.

(The Adlon Hotel Is  also minutes from the amazing Memorial to the Murdered Jews of Europe.)

Finally, tearing myself away from the heavily draped window,  I realized that this mahogany and cherry wood furnished suite suite could actually  mean never having to get out of bed since the drawer held a panel of buttons that turned on and off the room’s various lights and then another interesting clic had the TV suddenly pop up from a bench at the foot of the bed. 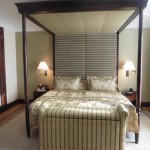 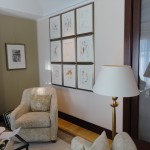 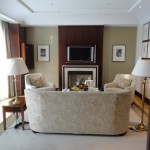 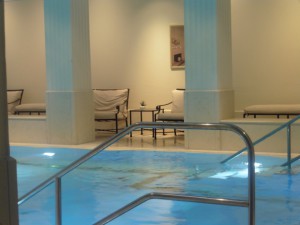 If only I didn’t have work to do, I think I would just wander around the hotel, using this as a pampering pad going for one of their famed spa treatments at the Resense Spa, take a dip in the elaborate pool, then have my hair done after my yoga lesson, before heading to one of the three restaurants to have the signature curry wurst.

The three restaurants  are  good reason since one has a two star Michelin rating drawing people from around the world and certainly locals too. 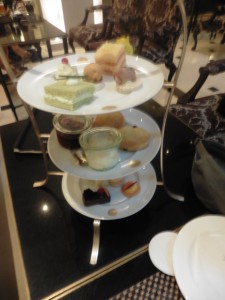 Lorenz Adlon Esszimmee Restaurant, one of the three, has a two star Michelin rating and reaches back to its past with such offerings as Canard a la presse, and considered to be “the best restaurant in Berlin”.

Sra Bua is famous for their Thai-Oriental fusion dishes and the bright and airy Quarre  is the place on Sunday for brunch where the kiddies seem so well behaved, even though they were sitting on the floor beside my shoes, playing with their newly acquired toys. 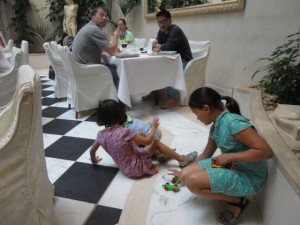 But I especially loved tea time  which is under the stained and cut glassed, blue rimmed dome in the lobby as the filtering sun sparkles on the  huge elephant fountain that was and is again, the centrepiece of this large, comfortable, always bustling area. 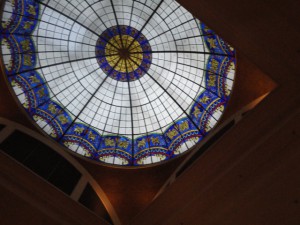 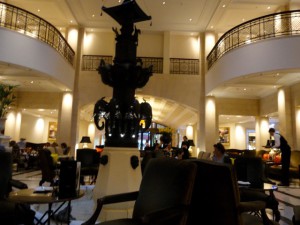 Even the ivy covered inner court yard where there are always  pigeons sitting on window ledges, seem accustomed  to having their photos taken, a magical scene. 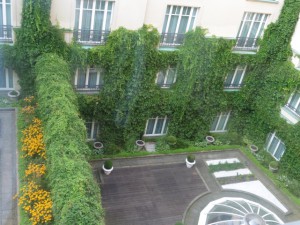 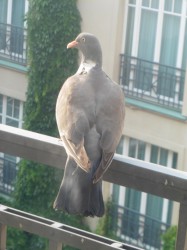 This wasn’t my first visit here although then it was only for dinner. The experience of evening in  the stunning white room where each table seemed duplicates of the others with a single lily in a silver vase, all turned exactly the same way and at the same height, seemed like it had been photo shopped.  That sensational scene is something I’ll not forget. 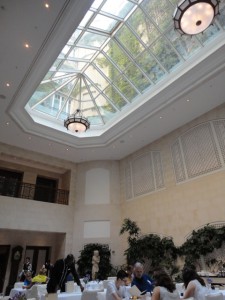 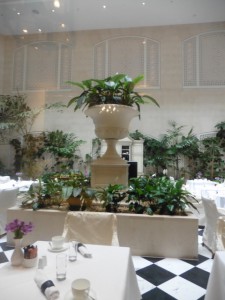 This dedication to detail seen is though out the hotel  and perfect for my personality.  Although far from being Germanic, I do have  an  ‘A Type’’ personality with minor obsessions especially to details.

And lest one forgets, it was here that the Russians whose soldiers, had conquered Berlin, celebrated the downfall of Hitler’s regime.

Yes, times have changed. It’s at the savvy Adlon where tradition meets denim.

Few luxury hotels can compare with the Adlon’s location (Pariser Platz and Unter den Linden)   considered one of the best of the mega five star hotels in Berlin. Adlon vies well with its sister hotel, Kempinski Bristol, also with a desirable location for shoppers and fashionistas as it is on the Ku Damm (shortened from Kurfuerstendamm…say that three times quickly and you’ll understand why the name was shortened) and with the same dedication to detail, service and fabulous breakfasts. 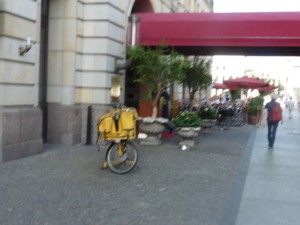 The Adlon, with, 304 rooms and 78 lavish suites, has acquired a notable reputation as ‘the place to stay in Berlin” my Berlin friend, Michael, told me also saying that he envied this experience.

There was a time when London and Paris had the ritzy, Ritz Hotels and Vienna showed off the grand, The Imperial Hotel.  Berlin had zilch.

Wine merchant Lorenz Aldon recognized that Berlin should also have a sophisticated, glamorous hotel and had the Adlon built  in 1907. And so choosing this site was ideal since it’s considered the centre of the city. Then the address was # 1 Unter den Linden.

But in 1945, near the end of WW II, the hotel was almost completely destroyed.

It certainly had the perfect location and address.(But it then became part of East Berlin).  Now, you may ask why the hotel’s address now #77.  After East and West Berlin split, instead of the numbers going from #1 at the Brandenburg Gate, after the Communist regime took over, they decided that the last address would be the one closest to the Gate with it’s monumental  galloping  broze horses towering on top. 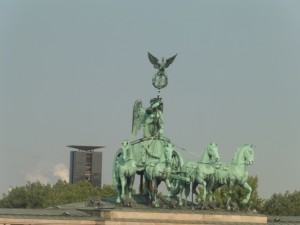 But what’s the difference in an few numbers? It still a very special destination.

When it comes to history, few can compare with The Adlon.  Think  wartime and Nazis who  didn’t stay at the Adlon but loved to gather there and use the bar as a favourite drinking venue.

Now rebuilt as close to the very plain, non elaborate facade of the original, it’s highlighted with a brilliant, tasseled red canopy and most definitely, red carpet treatment by the very polite and helpful doormen. 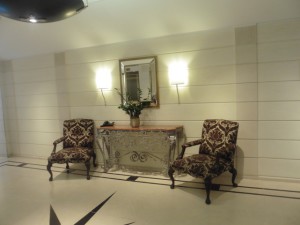 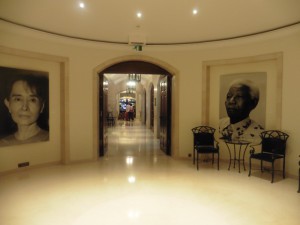 Like a Phoenix, literally rising from the ashes… and the few years of delays during the total renovations, it reopened in 1997,  And once again this is a gathering spot  but seemingly more egalitarian than the original but still with the charm and grandeur of decades past. Heads of state, royals, celebrities, writers, designers,  artists,  then as now, fill the bar and lobby and of course the suites.

It’s curious to think that there was once a bomb shelter built for the safety of the guests.  And now instead of waiting for sirens, I listen to the wonderful pianist on the mezzanine looking down at the crowd and playing  40s songs as I hear a few guests humming and singing from the age of American Songbook era.

However, what one can also recall in the latter days is that the late entertainer, Michael Jackson dangled his infant son from one of the balconies at the Adlon in 2002.

I knew some day, i would have to stay at this historic, notorious, stunning hotel. It’s a one- of -a- kind and it with the competition from the plethora of contemporary, well serviced hotels, still few have the, beauty, dedicated to the guests and  filled with activities found at The Adlon Kempinski.