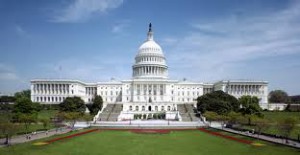 When wanderlust strikes but time is short there is nothing better than an extended weekend in Washington, DC.
From the moment we checked into Hay-Adams Hotel, a mere stone’s throw from the White House, our senses filled with pleasure. The Hotel on Lafayette Square is a revered Washington landmark named for John Hay, a private secretary to President Abraham Lincoln, US Ambassador to the UK and Secretary of State under Presidents McKinley and Theodore Roosevelt, and his neighbor, historian Henry Adams, a Harvard professor and descendant of Presidents John and John Quincy Adams. Where else can one fall asleep with a view of the Washington Monument in the near distance?
We decided to spend our first day visiting a number of Washington’s iconic museums and buildings. We walked along Pennsylvania Avenue, past the White House where, by chance, we saw the First Dogs, Beau and Sunny, frolicking with their handler in the garden. We headed toward the majestic Capitol on our way to the Library of Congress. En route we admired the works of “George Washington’s architect” and civil engineer, Pierre Charles L’Enfant and his unique design for the nation’s capital: wide avenues, public squares, parks, and National Mall.
Referred to as the “research arm of Congress”, the Library of Congress was established in 1800 when President John Adams transferred the seat of the United States Government from Philadelphia to Washington. It was first located in the Capitol Building but was destroyed by the fire set by invading British troops in 1814. Thanks to then retired President Thomas Jefferson’s offer of his extensive personal library of over 6000 books, a large Italian Renaissance-style buildings was designed and opened to the public as the Thomas Jefferson Building in 1897. The library’s rapid growth was the result of a requirement that all applicants seeking US copyright must submit two copies of their works to the Library. The resulting flood of materials totals 158 million items today of which 36 million are books in 460 languages.
We began a 1-hour tour with an introductory film after which we were dazzled by the glorious interiors of the building that had been overseen by Edward Pearce Casey. The magnificent sculptural and painted decorations by 50 American artists are ubiquitous. The Main Reading Room is magnificent with its eight large statues that represent Philosophy, Art, History, Commerce, Religion, Science, Law, and Poetry and sixteen bronze statues of renowned achievers such as Plato, Michelangelo, Columbus, St.Paul, Newton, and Shakespeare. Massive semi-circular stained-glass windows surround the multi-storey-high room, each bearing the Great Seal of the United States and the seals of the individual states and territories. Edwin Howland Blashfield’s murals in the dome depict the development of Human Understanding illustrated by 12 seated figures from Egypt, Judea, Greece, Rome and the like. Mosaic corridors lead to special displays such as Thomas Jefferson’s book donations and a copy of the Gutenberg Bible. Difficult as it was to leave the Library, we proceeded to the Capitol Building.
The original neo-classical building was first imagined by Pierre L’Enfant. A dozen “Architects of the Capitol” also worked on its design until its opening in 1800. It was built of Virginia sandstone and when the sandstone ran out Massachusetts marble replaced it.
A film in the Visitor Center provided us with the building’s background before we went on a tour of its three sections: the chambers of the Senate and the House of Representatives, and the famous Rotunda below the Capitol’s enormous dome atop which stands the 19-foot, 6-inch “Statue of Freedom”. It is a very special feeling to stand in the Rotunda in which so many illustrious people have lain in state before their funerals. We then admired the Capitol’s grounds and terraces that were designed by Frederick Law Olmstead of Central Park fame.
Retracing our steps to Pennsylvania Avenue, we headed toward the “Newseum”. As committed news junkies we looked forward to indulging in its many interactive displays of news coverage from as far back as a 3,264-year-old Sumerian cuneiform brick to the very latest up-to-the-second breaking news and social media reports. 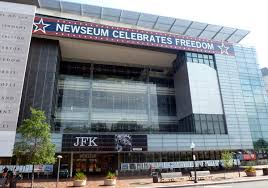 Designed by Polshek Partnership Architects, the 7-level, 250,000-square-foot space opened its doors to great acclaim in 2008, was founded by several of the world’s largest media conglomerates, the Freedom Foundation and technology corporations. Before losing ourselves in the Newseum’s 15 theaters and 14 galleries, we had a superb lunch at “the source by Wolfgang Puck”, adjacent to the building. It was no surprise that it was chosen Number 3 in the Washingtonian magazine’s Top 100 selection of Washington restaurants.
We then began our news gathering on the Newseum’s Concourse Level where we explored a large section of the Berlin Wall and followed its rise and fall on the many wall video monitors. The exhibit of comics brought back many memories as did a wonderful series of 70 public and private moments of John F. Kennedy taken by Jacques Lowe, his private photographer. The FBI section was “intense” to say the least.
We spent hours among displays of the media coverage of President Kennedy’s assassination and funeral; the “Today’s Front Pages” that are changed daily and among which we found ours; 300 historic front pages; coverage of students in the Civil Rights movement; the 9/11 Gallery; Pulitzer Prize-winning photography, and the Journalists’ Memorial dedicated to the more than 2000 journalists who died “in the line of duty”. 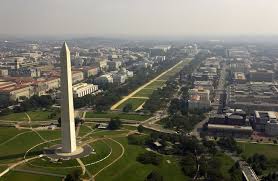 By closing time we had managed to see it all as it related to that day’s visit since many displays change daily and there are changing exhibitions every few months ensuring that each visit is unique.
We devoted our second day to museum-hopping. We walked to the National Gallery that was founded by wealthy industrialist, Andrew Mellon, and has been supported by his descendants ever since.
The building itself is divided into Neo-classical, Contemporary, and Modern sections, I.M.Pei’s addition being its most recent incarnation. Before going in to marvel at the Gallery’s permanent collection of masterpieces that range from Leonardo da Vinci to Vermeer to Van Gogh to Manet to Picasso to Calder, Pollock, and Lichtenstein, to name but a few, we visited the Sculpture Garden’s magnificent pieces.
After lunch in the Gallery’s Pavillion Café we had dessert and coffee in its Espresso and Gelato bar.
Our afternoon was filled with three of the Smithsonian Institution’s 19 museums and galleries. We joined group tours at the Freer and Arthur M. Sackler Galleries that house some of the finest examples of the arts and cultures of Asia. 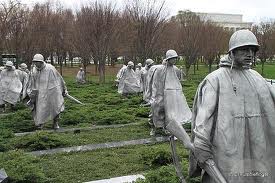 Our next stop was the National Air and Space Museum that opened in 1976 to honor the history of aviation in America. We actually saw the Wright Brothers’ “Flyer”, Charles Lindbergh’s “Spirit of St. Louis”, and the Apollo 11 Command Module Columbia. We could barely imagine what it must have felt like to pioneer the air travel that evolved in a relatively short time into our jet age and a landing on the moon.
We stopped in at the Café Mozart for an Austrian feast. Filled with an abundance of sausages, sauerkraut, potatoes, bread dumplings, red cabbage, and schnitzel, we still managed to share a piece of apple strudel with vanilla sauce.
On our last day we paid our respects to outdoor memorials along the National Mall and Arlington National Cemetery.
We began at the Washington Monument, the 555-foot-tall marble, granite and bluestone gneiss obelisk to honor George Washington. We rode up to its peak on the elevator inside the structure from where the view of the city is breathtaking.
Around the Potomac’s Tidal Basin we visited the Jefferson Memorial, a Pantheon-like marble structure, its walls covered with excerpts of the Declaration of Independence that Jefferson drafted; Martin Luther King Jr’s Memorial, a 30-foot statue sculpted into a massive boulder with the text of his “I have a Dream” speech carved into the stone; Franklin Delano Roosevelt’s Memorial amidst 21 of his quotes carved onto its walls. 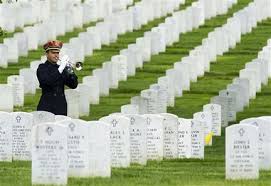 The World War II Memorial is en route to three Vietnam War Memorials: Frederick Hart’s “Three Soldiers”, Glenna Goodacre’s “Women’s Memorial”, and Maya Lin’s spectacular 246-foot-nine-inch shiny black Memorial Wall that bears the names of over 58,000 Americans who lost their lives in that conflict. The Korean War Veterans’ Memorial features a life-like column of soldiers who appear to be in motion, and a 164-foot mural proclaiming that “Freedom is not Free”.
Lastly we reached the magnificent Lincoln Memorial in which Lincoln sits amidst his quotes and addresses, including the Gettysburg. Although left to our own devices at the Memorials Park Rangers at each one were more than willing to be guides and answer any questions.
We crossed the Potomac on the Theodore Roosevelt Memorial Bridge and reached Arlington National Cemetery.
The Cemetery’s Welcome Center provided us with an excellent history of the Cemetery and supplied us with a map indicating the location of notable graves and monuments. We headed to Arlington House, Robert E. Lee’s Memorial and the repository of many of George Washington’s “treasures”. Touring the house, gardens, outer buildings, and slave quarters, we learned a great deal about the history of the period, the house, its renowned occupants and how the original 1100-acre property became a military burial site. We passed one familiar grave after another: Pierre Charles L’Enfant, President Kennedy and family, astronauts Roger B. Chaffee and Virgil I. “Gus” Grissom, Supreme Court Justices Oliver Wendell Holmes, Thurgood Marshall, actor Audie Murphy, boxer Joe Louis who fought 96 matches for more than 2 million US troops, Civil Rights martyr, Medgar Evers to name a very few.
In the time we had left we went to Georgetown to window-shop followed by dinner at “Das Ethiopian Cuisine” restaurant that has the best “injera” in Washington. 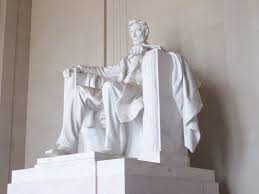 On the way to the airport we felt historically, culturally, and architecturally stimulated by all we had seen, knowing we had only skimmed Washington’s many sights and sites. We had had three very full days but felt refreshed, relaxed and ready to return in a nanosecond.