On the small island of San Salvador, Bahamas, about a 1 hour flight from Nassau, capital of the Bahamas, is a hidden surprise: Club Med’s, Columbus Isle. It has a 4.5 Trident  rating but should really be rated a luxury 5 Trident accommodation as are the Club Meds in Mauritius, Cancun, Mexico and Punta Cana, Dominican Republic.  Originally called Mediterranee SA, they are now all known worldwide as Club Med. 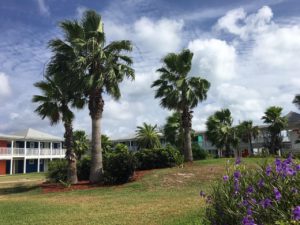 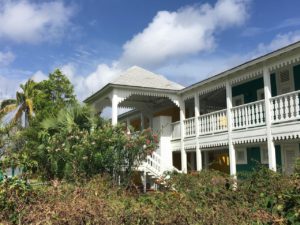 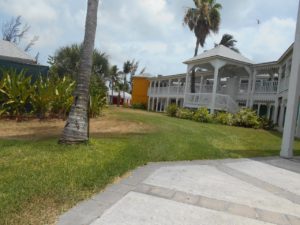 MOST UNIQUE JOURNEY FROM FRANCE TO CHINAThe concept, which was started 50 years ago by Gerard Blitz, a Belgian and an Italian tent maker, Gilbert Trigano, was initially a simple colony in France with rudimentary huts and tents. After some growth and some added luxury due to Baron Edmund de Rothschild who enjoyed his stay so much that he invested in the company, it grew widely and was recognized world-wide. Now, there are 68 (and growing) “villages” internationally. 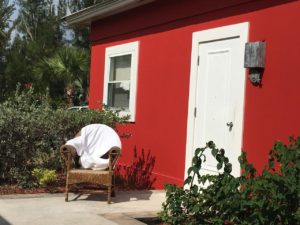 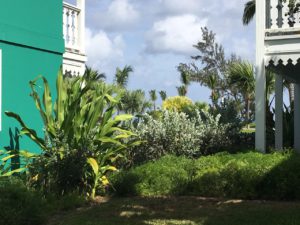 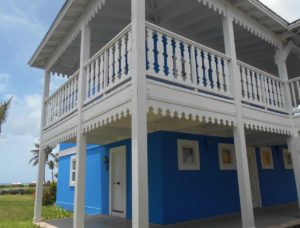 This nature-dedicated camp was a far cry from the glamour of Paris, but its all-inclusive-ness was well received . The French are loyal to their brands and constitute 50% of Columbus Isle’s guests and has the largest return client rate of all Club Meds.

Ninety per cent of the company was sold a few years ago to a Chinese behemoth company, Fosum International Ltd, with no plans to change the successful formula but to enhance it and build 20 “villages” in China with its huge number of potential travellers.

THE CLUB MED GEM Never having been to San Salvador or a ClubMed “Village” (as Club Meds are referred to), I had no preconceived ideas of what I should expect. 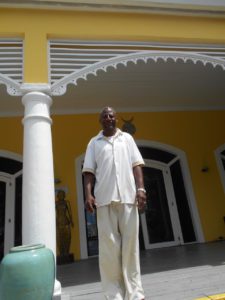 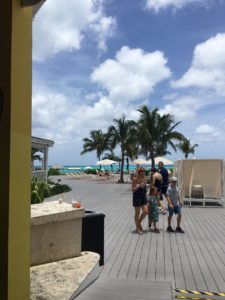 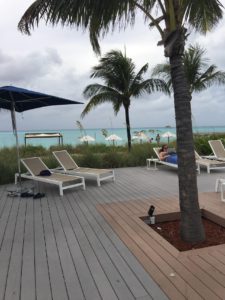 After landing at the San Salvador Airport, just five minutes from the “village” we learned about all the activities available, both on land and sea, where staff and guests partake equally in the games and evening events.Since the property is so very large, I had my site inspection by car but did walk along the pristine sandy beach, that borders a diver’ s paradise. Other water activities included scuba diving, snorkeling, sailing, surf boarding, fishing and more.

AND FOR LAND LUBBERS….

For those with the penchant for staying on dry land, there are well-kept tennis courts, walking/jogging trails, and a very popular spa. 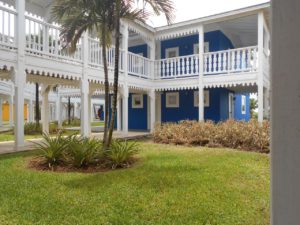 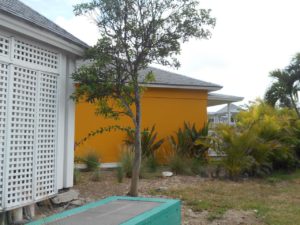 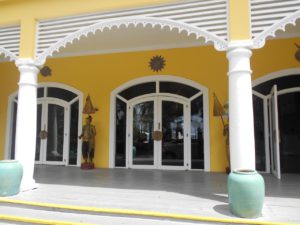 L’Occitane Spa, uses the eponymous French manufactured skin care products to which many guests relate and, although only in its third season using these lotions and potions, the spa appointments “have to be reserved before arrival or as soon as possible thereafter,” Shannon, the spa manager told me. Here the reception area is bright while the 7 treatment rooms are for quietude and very relaxing. Shannon’s pick of her two most popular massages, are Columbus Isle Signature and Aromachologie massages. The aestheticians are Club Med-trained, and all native Bahamians. 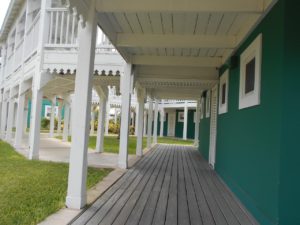 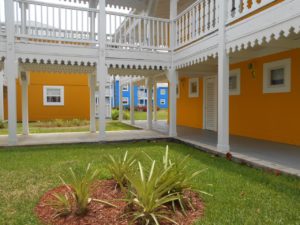 The huge property is like a botanical garden with flaming red trees, blossoming flowers and bushes. The back drop is the bluest of skies above an equally blue Caribbean Sea. 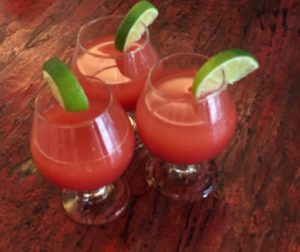 You can take the French out of France but each night, they dress elegantly for dinner and entertainment regardless.

Lauren, a staff member told me, “you can always pick out the French by their attire”. Another French-speaking group who enjoyed all the offerings and met nightly at the popular Verve Bar, were from Quebec. They and other Canadians make up 30% of guests while the other 20% are from the US and Europe, mostly Italy.

WHO DOESN’T LOVE A BARGAIN ESPECIALLY IF IT’S LUXURIOUS

I spoke with many guests who all thought Columbus Isle was a great high-end vacation bargain. So did the 16 excited, guests who had just returned from one of the neighbouring island excursions on offer. So much to do in so little time! A week is the usual length a stay.

IT’S ALL IN THE NAME

Columbus Isle was so named because it was Columbus’s first landing point in the New World. The recently opened La Pinta restaurant is named after one of Columbus’s three ships that sailed across the ocean blue. La Pinta is Club Med’s first tapas eatery, not to be found in any of the other international “villages”. Chef Kawiwi, a South African, helped create the impressive menu. The other on- premises restaurant is the open-sided, buffet-only, Christopher’s Restaurant, overlooking the pool, with an international menu and an indoor section as well.

A GREAT SPORT FOR SOME…SHOPPING 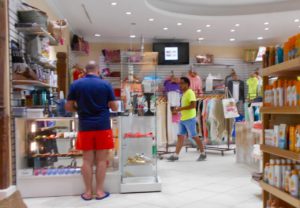 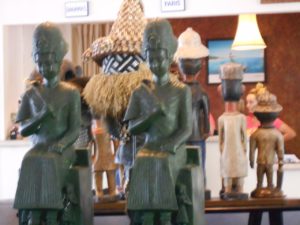 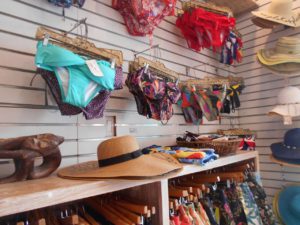 You can’t keep me out of a good boutique, here conveniently located off the lobby. There are fine summer togs for men, women and children. Kate, a Canadian, had several items that would find themselves in her return luggage. (She also was expressed her great morning of Yoga on the beach) Clothing comes from France and Miami. Kate, a snazzy dresser, thought all were “terrific”. 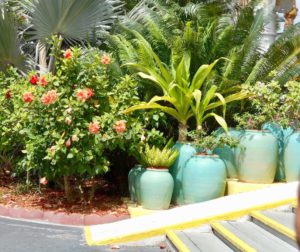 Destination weddings are on the charts for next season, with packages that include a Reverend, flowers, table settings, a pergola or canopies . For impulse couples, there are even wedding outfits available for rent.

Age is just a number here: the enthusiasm is the same for all.

ALL YOU NEED TO KNOW……

Although there isn’t a mini Club, so no counsellors or babysitters for toddlers and young tots at Columbus Isle, children are welcome.

A major plus is that there are direct flights from Paris, Montreal and Miami to San Salvador’s airport, minutes from the Club Med’s lobby.
contact julien.laurent@clubmed.com 1 514 652 1501

Columbus Isle closes for two months , July and August, during hurricane season. And if no storms, there’s always maintainence.