The late gorgeous, late actress, Ava Gardner and I have little  in common but she did loved eating.  However, dear Ava never had the sensational opportunity to stay and eat at ITC Maurya Hotel, in Delhi, INDIA.

On my flight to India, long and  at times tedious, I had to see what my writing competitors were up to so I  looked through British Airways in-flight magazine.

Ava Gardner, for those old enough to recall this ‘dame’, was always my favourite female star.  She was bold and as far as I was concerned, the most beautiful woman then and still none can compare.

And she had talent and lived her life her way with and without Frank (Sinatra). 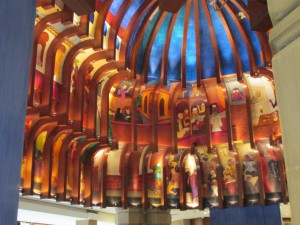 What got my eye was a photo of her which appeared next to a small paragraph.  The question that was asked, obviously years before she went to actor heaven, was what would she request for a last meal.  No surprised, this broad’s choice was a flute of champagne in one hand and a cigarette in the other.  Well, needless to say, I got to thinking about what my favorites would be just before I disappeared into travel writing hell. 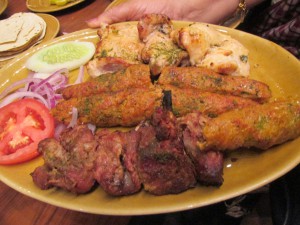 I had to the delay my food decision as I checked into the ITC Maurya Hotel in New Delhi where i have stated before.  And as far as I’m concerned, one of the top five hotels in India which captivated me as I starred at the familiar areas, and  forgot about  Ava.

Seeing the hand painted glass dome, the panelled lobby again made me realize that this also had to be where my final ‘pig-out’ would take place.  Maurya Hotel was total perfection from amenities to service and splendid location.

As I disappeared under the fine linen duvet after unpacking and showering, I met my butler. What a surprise when this a  beautiful young women, Pallivi Jian, dressed in formal male butler uniform,  offered me a cup of tea . (I really prefer coffee but I accepted since I didn’t want her to think she had a demanding diva to deal with for the next few days). And although I wasn’t in the  Presidential Suite and the view from my room was just okay, I was content. 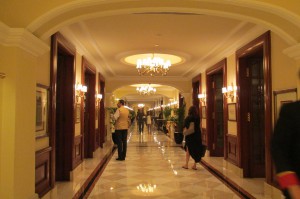 Stretched out and relaxed, I returned to my thoughts of my last meal. I decided that along with this repast, here is where I would want to be …  in a most comfortable bed with the finest linens, in a perfectly designed, muted coloured suite, not over cluttered  with ‘things” called art on the wall, but with only  two well chosen original paintings by a noted Indian artist . (More art is  seen throughout the Maurya. There’s even a curator who will take you on the art tour of the  hotel’s collection.) 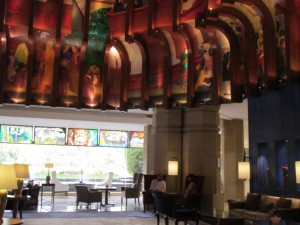 Quite different from Ava’s repast, mine had to have  bread, always bread, especially the variety made just downstairs in Maurya’s bakery. And In my other hand I would have a heaping crystal container of the finest Russian black caviar. which I’m sure the Maurya or butler Palivi, would be able to procure. No capers or onions,but  just the pure taste of these black pearls bursting on my palate and, of course, the perfect aged Monsoon Malabar coffee. But I realized that holding a mother of pearl spoon,(nyet, to silver or metal) to dive into those black wonders and sipping coffee from  the hotel’s  fine china cup,then nibbling on the bread would be my exercise for the day.

Finally having sorted out my final request, I decided  get out of my wonderful cocoon to see if the Maurya had changed since I had stayed two years ago.

Yes, there were some new renovations but it was more cosmetic than destruction.  Maurya’s traditional and modern charm is a mix that really works. 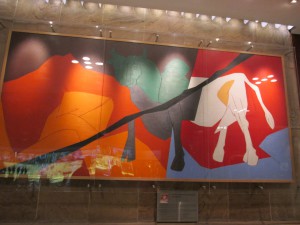 And on the lower level is, Bukhara, the famed restaurant which is still the place to eat in Delhi.   To get a table,  booked early.  The barbecued food  from the glassed -in but visible kitchen is so sensational that former president, Bill Clinton, on various trips to Delhi, ate here almost every night – so often that the management had a Bill Clinton favourite  on the menu.  When Hilary became  a politico, she too, often ate at Bukhara  and also had a Hilary Clinton platter on the menu  and then so did Chelsea.  But  when more Heads of State and the very rich and famous wanted their name mentioned also. But  with so much pressure, the management had all names  removed.

The food remains memorable as does the casual chic rustic restaurant. Even the “Barefoot Contessa” would have been happy to have her penultimate meal here. 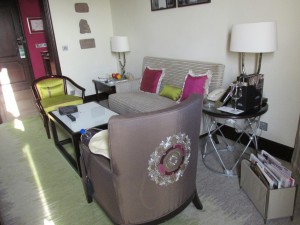 This top notch hotel has become one of my favourites and with the perfectly manicured gardens, and the artfully trimmed trees and sculptures, the fine in-door serene public areas, the lovely pool, various restaurants and the few shops, there were days when I felt I could spend the 24 hours at the hotel, as my butler, would  provide me with all my wishes. 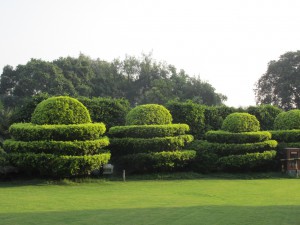 The ITC brand is strong throughout India and all their  hotels are  always about client’s being well serviced.

At Delhi’s,  ITC Maurya Hotel, for those willing to pay for and enjoy ‘uber’ luxury  that’s unobtrusive, Maurya Hotel, is the place in Delhi.