For a small country, Cyprus has a very long history and can chronicle its existence back 10,000 years. The third largest island in the Mediterranean is the crossroads to the Middle East, Africa, Asia and Europe.

The troubled history of Cyprus is evident in the capital, Nicosia, where the division (the Green Line) of the Turkish and the Cypriot sides is there for all to see. 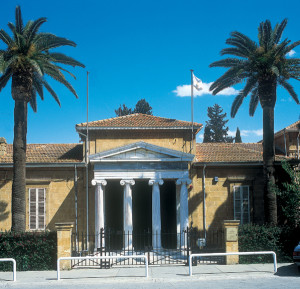 Nicosia has a collection of some of the world’s greatest antiquities, and a first stop should be the Cyprus Museum where there are few equals in quantity and quality from the Neolithic Age to the Roman Period. This grand, golden brown, sandstone building holds the nation’s treasure trove of Cypriot artefacts. The Ethnological Museum (The House of Chatzigeorgakis Kornesios) is the most important building in Nicosia as it dates back to the 18th century. Here you’ll find a fabulous collection of 19th-century textiles, agricultural tools and glazed pottery. 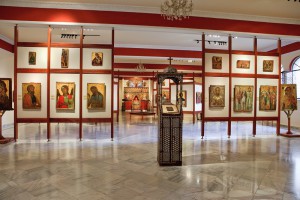 It would be a shame not to visit the Byzantine Museum and Art Galleries, which holds one of the world’s best collections of religious icons. Or St. John’s Cathedral, rebuilt in 1662, which has one of the most ornate and exquisite interiors in Cyprus.

Closer to our era and interesting for history buffs, The National Struggle Museum
documents the resistance and independence movement from 1955 to 1959 and The Leventis Municipal Museum, a private collection housed in a neo classic building, uses modern visuals, computers and multi-dimensional displays to show ancient times to the present.