Hogtown..how would you like to say you live in a place called Hogtown, a moniker that developed in the mid 1800s when the second largest pork processing plant on the continent was in Toronto. 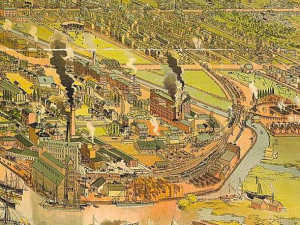 Or how about, Toronto the Good. And Torontonians were since the only place to get an alcolhoic beverage was at your own home and certainly not in the garden. Besides there was no where to go since every shop and eatery were closed tightly until Monday and the day of rest and prayers were over.

And the strange juxtaposition is that one of the world’s largest breweries was right on the waterfront, now a destination for those thirsty boomers with big wallets where they can even buy art, great household wares, see the dynamic presentations of the Soul Pepper Company with Broadway hype and talent, listen to jazz and even walk the Red Carpet when Toronto’s film festival takes place. Tiff (Toronto International Film Festival) is considered second to Cannes.

Wow, was that George Clooney I just saw? And there’s Robert De Niro. And with time, this become Canada’s New York as the skyline developed so dramatically that texting on the streets in the financial centre is life threatening. The hundreds of miss matched buildings was due entirely to the lack of architectural interest. Ah, but now a vibrant city that’s carefree and well…sexy, has had the likes of native born (no, he isn’t American ) architect,Frank Gehry design the exquisite facade for the Art Gallery of Ontario (AGO) to much acclaim since the older one looked more like a penal institute. 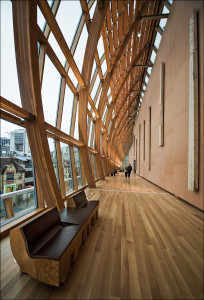 There’s a proposal of Gehry to build three condo com retail buildings in the entertainment centre. Then there’s architect darling, Daniel Leibeskind (who happened to have married into a very political Toronto family) and his addition to the Royal Ontario Museum (ROM). For me the exterior is a masterpiece but it’s still a most controversial escapade to many. One doesn’t s have to wander far from the ROM to the Bata Shoe Museum with a collection of historic footwear and also, it should be known that the city with over 3 million inhabitants, is the headquarters for this internationally known shoe brand and still overseen by Toronto downtown resident, Sonya Bata, the widow of founder, Thomas Bata. 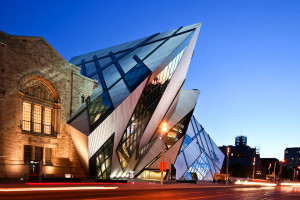 Or how about ceramic and china? The Gardiner Museum, in a relatively small jewel of a building, has a great, once privately owned collection. And since the passing of Helen Gardiner, the ROM just across the wide University Street, has taken over the running preserving the standards. And should I mention that the Four Seasons Hotels was once a downtown small hotel. ( Okay, the truth be told, it was a monster looking motel,) in a not so swell area. Isadore Sharp, the founder along with two relatives brought it uptown and up scale and the rest is history with a new flagship hotel in the posh Yorkville area. Maybe you’ve heard the names Lorne Michaels of SNL (Saturday Night Life) fame. Yup,he’s a Torontonian and going back further than Justin Beiber (not born here, but about 1 hour away) were many other famed personalities.

But let’s get to the facts that if you haven’t been here yet, you’re missing a great part of North American and its fourth largest city and Canada’s financial centre. 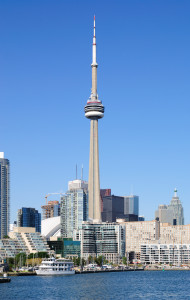 For a while the CN Tower was the tallest in the world. But wouldn’t you know that Dubai is always after the biggest, largest, tallest, massive everything and their tower, towers over ours.

The streets are as uncomplicated as are the people. Styled on a grid styled pattern,it’s really difficult to get lost. As I continue to boast I have to mention that we also have the largest diverse amount of ethnicity, also the largest Italian population outside of Italy 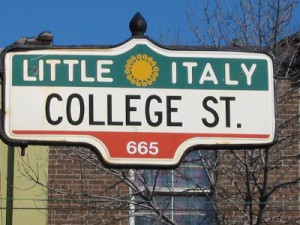 and over 1/2 million Chinese for which we are forever grateful since we brought over Hong Kong’s entrepreneurs and best chefs and which ever of the three China towns you visit in the city, you’ll find knock- out authentic food.

There’s Greek Town, a Portuguese area as well as a Polish centre called Ronncesvalles. Pungees anyone? That’s Poland’s take on donuts.To some they are even better than our native son’s, Tim Horton’s Tim Bits (the latter is huge in Kabul….seriously).

Go west young men and women and you will find gold in them there shops. Young designers, creative chefs, ultra modern house ware designs , obviously for the 196 condos that are rising out of the ground on King and Queen Streets West and Liberty Village. 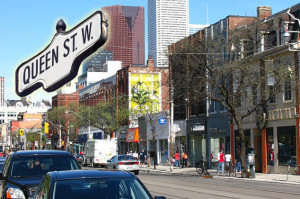 “What do you do with your sleds and husky dogs during your summer”? I was asked…seriously. Well, we have dozens of hot dog stand all year round and burn the sleds so that there is work for all the unemployed during the weekend we call summer.

Actually, our summers are very hot (often up to 30c. Oops that’s about 90f and you can tell since Toronto empties out as the natives go to ‘cottage country’. Then, of course, there are the great green spacious gardens throughout the city..a worth while wander through the fauna and floral for example the huge, High Park. 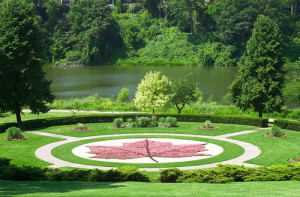 Also if you’’re a keen biker, all you really have to know is that it’s mandatory to wear a helmut and anyone will tell you where the terrific and often long bike trails are..take for instance the long kilometres (oops, meant miles) on the lake shore and the Martin Goodman Trail.

So it may have once been, Toronto The Good, but now it’s a naughty city with a most active and diverse night life. And the once staid ‘ladies who lunch’, now can compete with any global fashionistas. It ain’t no village no more!!! And that’s how this snobbish former Montreal scribe originally saw Hog Town when I first arrived. How times have changed and so have I. I love this city.