No, Justin Bieber didn’t put Stratford Ontario, Canada, on the map, he was just brought up here.

Well before Bieber made his entrance onto any stage, this small town, then named Little Thames, had already established a very successful hub for rail repair and a healthy furniture building industry.

After the first hotel’s owner in Little Thames was gifted a painting of Shakespeare, he decided to change the name of the town to Stratford and the river that runs through it, became the Avon.   Now, at the beginning of each theatre season, it’s a tradition to put 24 white and two black swans after the winter,  into the Avon River and what a photo opportunity this becomes. 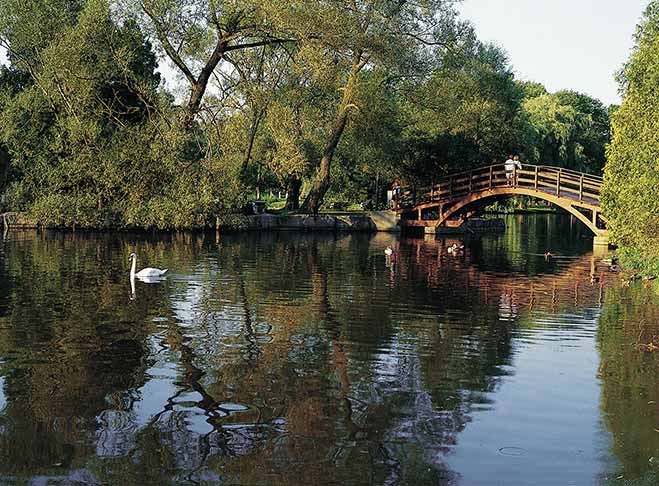 Obviously, the town folks liked the Shakespearean connection and soon many streets and schools were named after many of William Shakespeare’s characters.

But what made Stratford world renowned, is that it has become the leading classical theatre in North America.  The Stratford Festival, in its 60 year history, now attracts an attendance of approximately 500,000 theatre goers from around the world.  Over the decades 26 million theatre lovers have been welcomed to this beautiful town, now a most sophisticated small city with a population of 31,000. 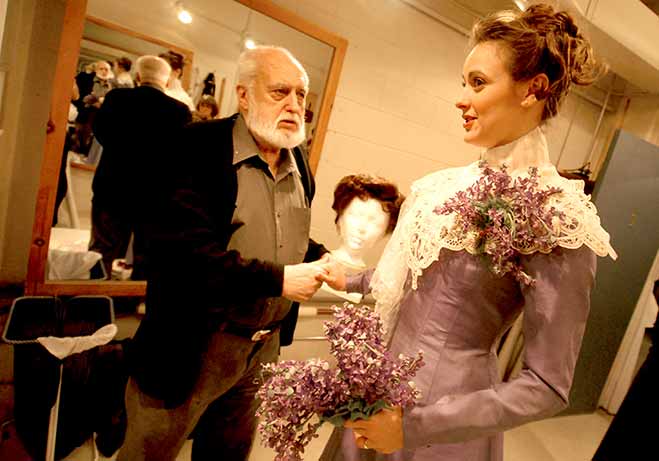 Most of the credit goes to the late journalist, Tom Patterson, who was born and worked in Stratford as a reporter. Later in his career, he moved to the big city, Toronto, about 2 1/2 hours from Stratford.  His vision was to have a festival in his home town to encourage tourism.

One of the early supporters and an actor, teacher and director, Dora Mavor Moore, an early pioneer in this ‘dream’, contacted British film director, Tyrone Guthrie, to ask for help and advice for the new venue.  Guthrie visited Stratford and was so impressed, he agreed to serve as the first artistic director.

Although the first venue was only a tent, with Guthrie’s connections, his pal, actor Alec Guinness, starred in 1953, the festival’s first presentation, as Richard III.  How much better could that get? The play is still a staple in some of the seasons’, 12 productions. 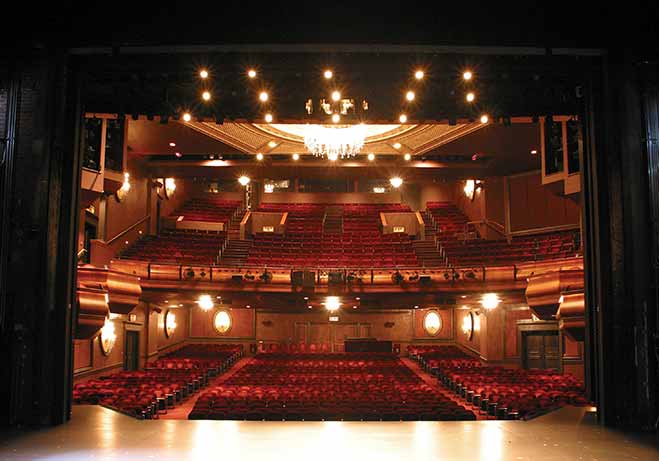 By 1956 the tent was dismantled and work began on the now fabulous Festival Theatre. The cornerstone was laid by Governor General, Vincent Massey, the season Hamlet was performed by Montreal born, Christopher Plummer, in the title role. In fact, when the famous actor is in a production, he is often seen walking around streets of the city centre, dining at the local restaurants.  In true Canadian modest fashion, he is never bothered for autograph hunters, or having his photo taken with the families. Although, he is known never to say, no, when asked.

Initiated in 2013, there is now an ongoing series of 150 activities including debates, talks, concerts and hands-on workshops.

Now the Festival Theatre with it’s many additions and renovations has a widened platform, keeping the original character.  And along with Shakespearean plays, there are musicals, comedy and contemporary productions in one of the other three theatres that have been erected, one named Tom Patterson Theatre. 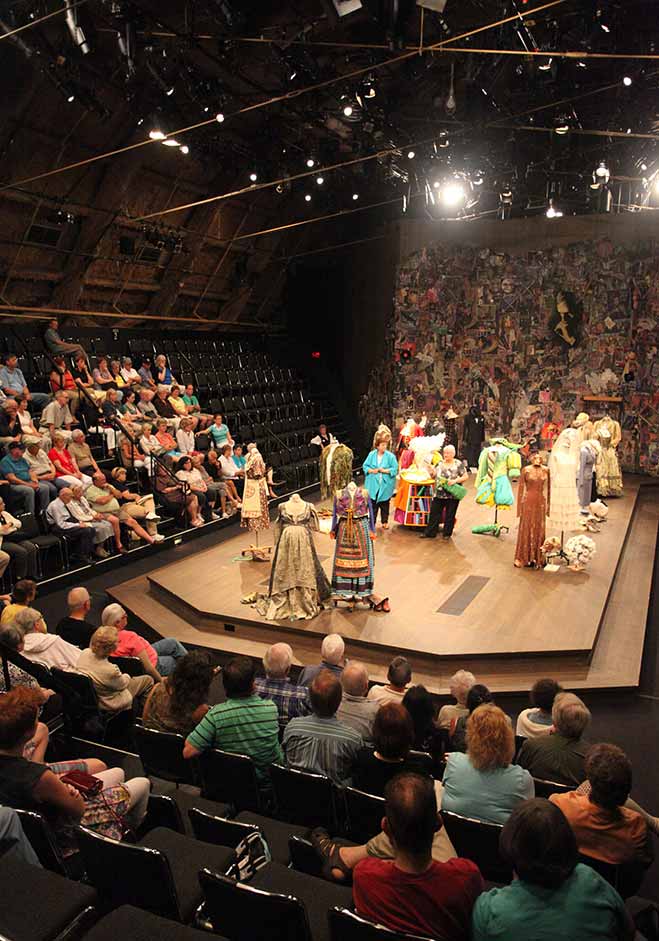